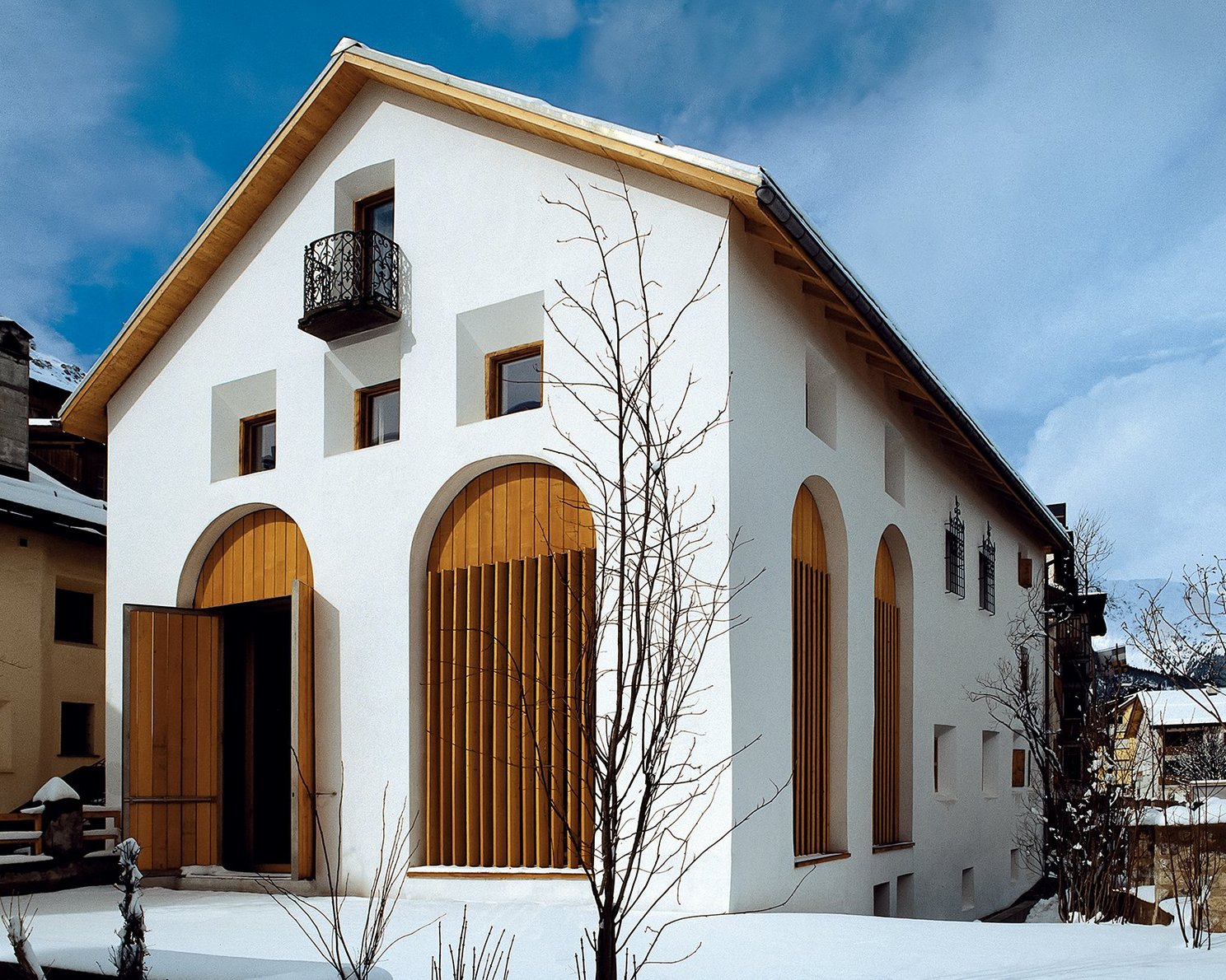 Several historic Engadin houses dating from the 17th century still survive in the old village center of Celerina, although in most cases they are in a modernized state. These include Chesa Farrer. A special characteristic of Chesa Farrer is the three unusually high-ceilinged rooms, staggered one on top of the other, in the rear part of the residential section – a vertical sequence of rooms consisting of the cellar, kitchen, and prestigious vaulted hall. This modestly grand house was used as a farmhouse until the beginning of the 20th century Chesa Farrer had then been converted into an inn with a restaurant in several stages.

We removed most of the more recent additions and insertions. This reversion to the historic substance revealed the Original. We filled the rest of the original farming wing with an insert, set back from the facade and independent of the older structure, which serves as a living room. We filled the original arched openings in the stable barn with wooden slats, which can be set at various angles to adjust the amount of light and the extent of the aperture.