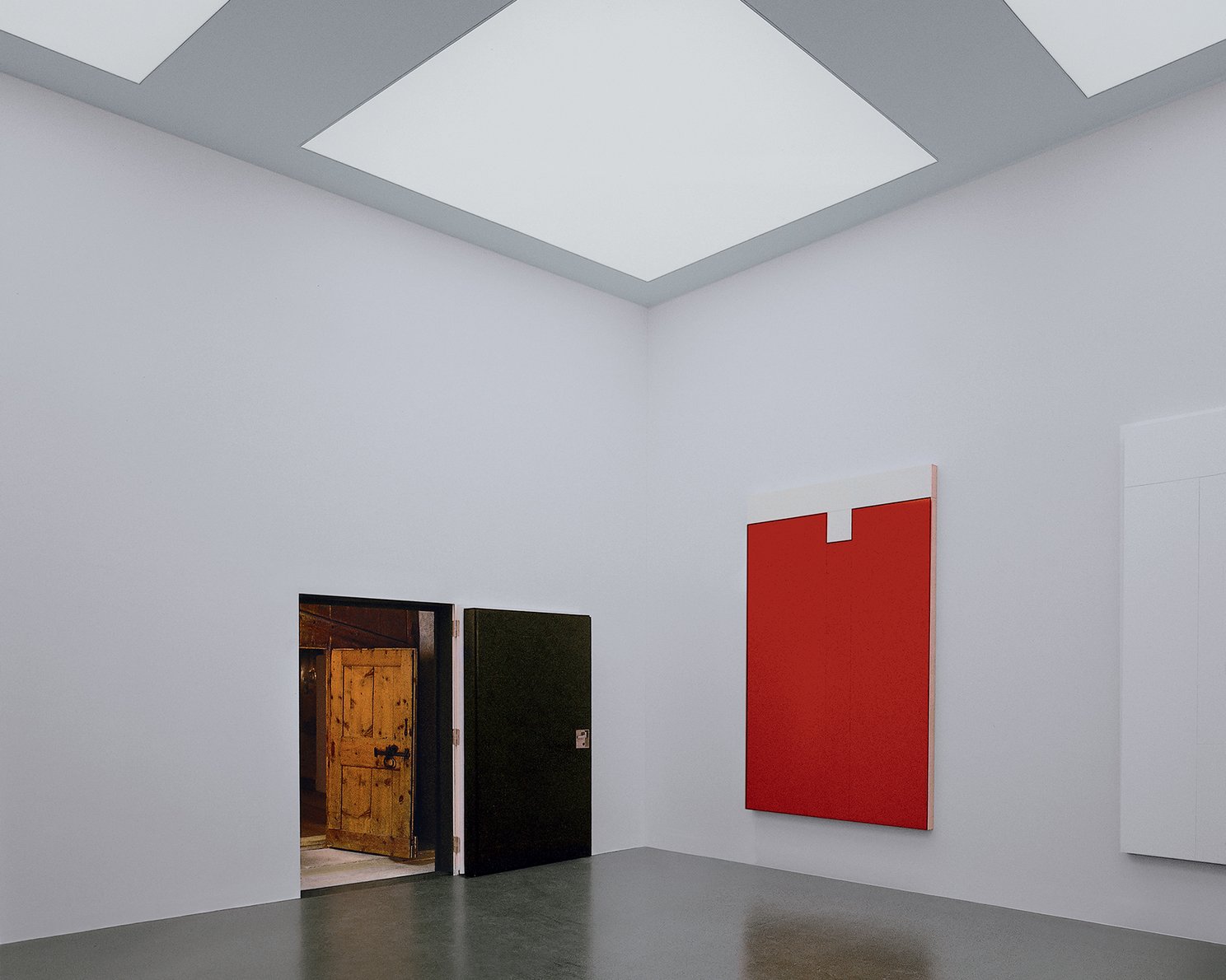 Chesa Perini in S-chanf is one of the most important 16th century Engadine patrician houses. It developed from a medieval tower into a farmhouse and later became a patrician home. The disturbing extensions around the house were removed in 1987/88, and the house was comprehensively renovated, leaving the enormous hay barn as an open volume.

In 2006, almost two decades later, a mighty art room has been installed as an independent, self-supporting structure in the interior. Around the austere black bitumen-coated geometric cube-structure, and, in conjunction with the irregular geometry of the surrounding hay loft walls, a thrilling interspace has been emerged. The upper part of the new volume serves as a clerestory and is intervowen into the cross-shaped wooden construction that stabilizes the hay barn. The geometry of this construction determines the partition and the shape of the clerestory sectors.