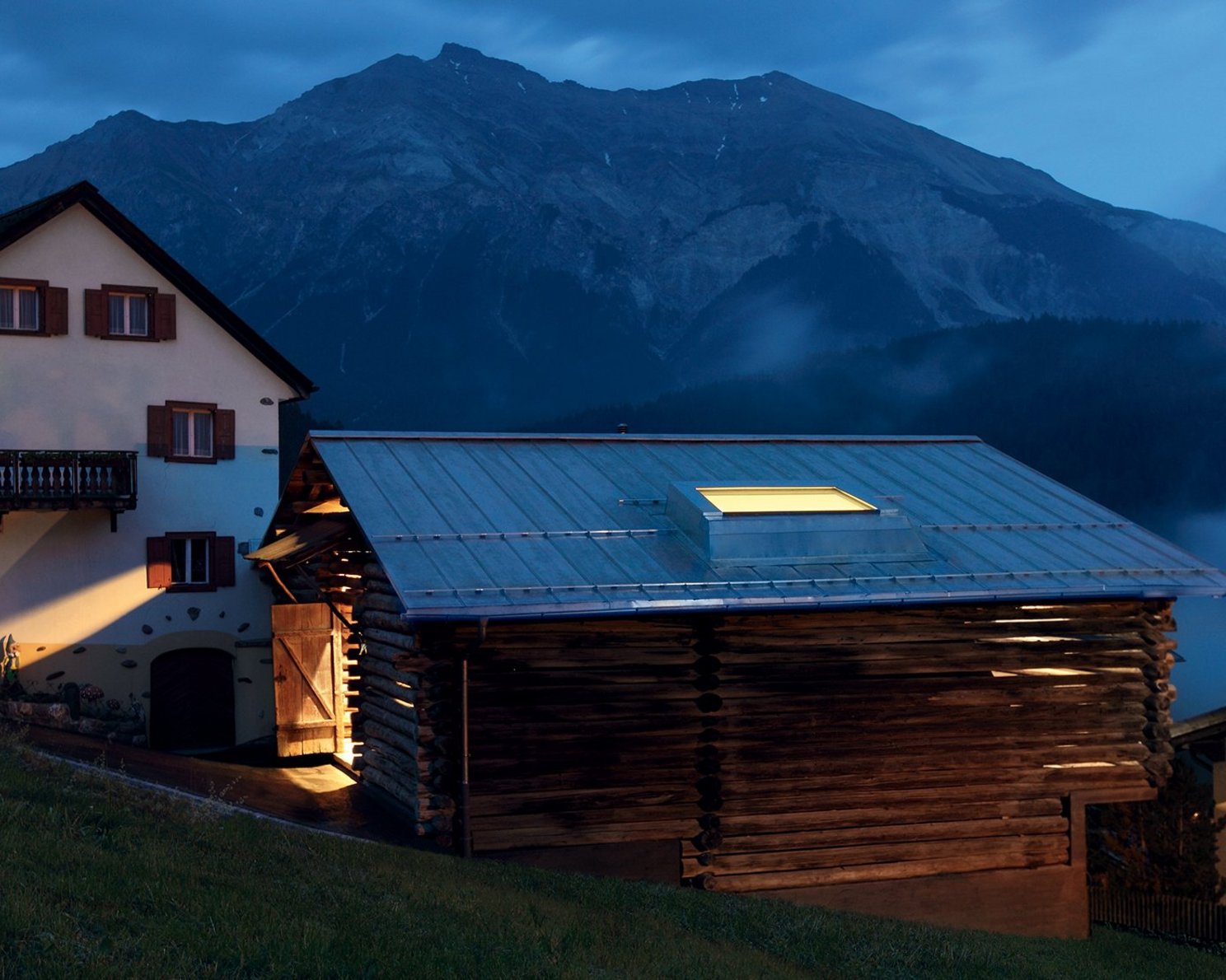 The "Clavo" in the village of Lain near Lenzerheide in the Swiss Alps is a fine example of an 18th-century hay- and cattle barn constructed out of interlocking timber wood. Through the space between the logs fresh air would enter to ventilate the hay. Built in 1748, the barn was in critical conditions and was abandoned. At first, the owner`s wish, to convert the barn into spaces for living without destroying the strong character of the existing structure, seemed not feasible. The challenge was to bring daylight into the rooms without cutting openings into the timber construction.

During the project development, we generated the idea of building an inner shell into the existing structure, which gets its daylight from the mystic light already shining through the openings between the timber logs and from one skylight, which brings light through a conical volume into the main floor. Depending on the season and the time of the day, there is an ever-changing light emerging in all the rooms and in the interspace between the new volume and the historic construction of the hayloft.

The characteristic wooden construction is now supported by a new base of black concrete. Into this base volume, we insterted one additional big window that opens up a spectacular view towards the mountains. The base was constructed in such a way, that the historic timber log construction did not have to be taken appart during the building process. The inner shell is constructed out of insulated wood frame elements that were inserted through the roof and put together on site. The new volume is covered with a layer of tar, which creates a fascinating contrast to the historic timber construction. In all phases, the architectural interventions were driven by a strong respect of the historic building.