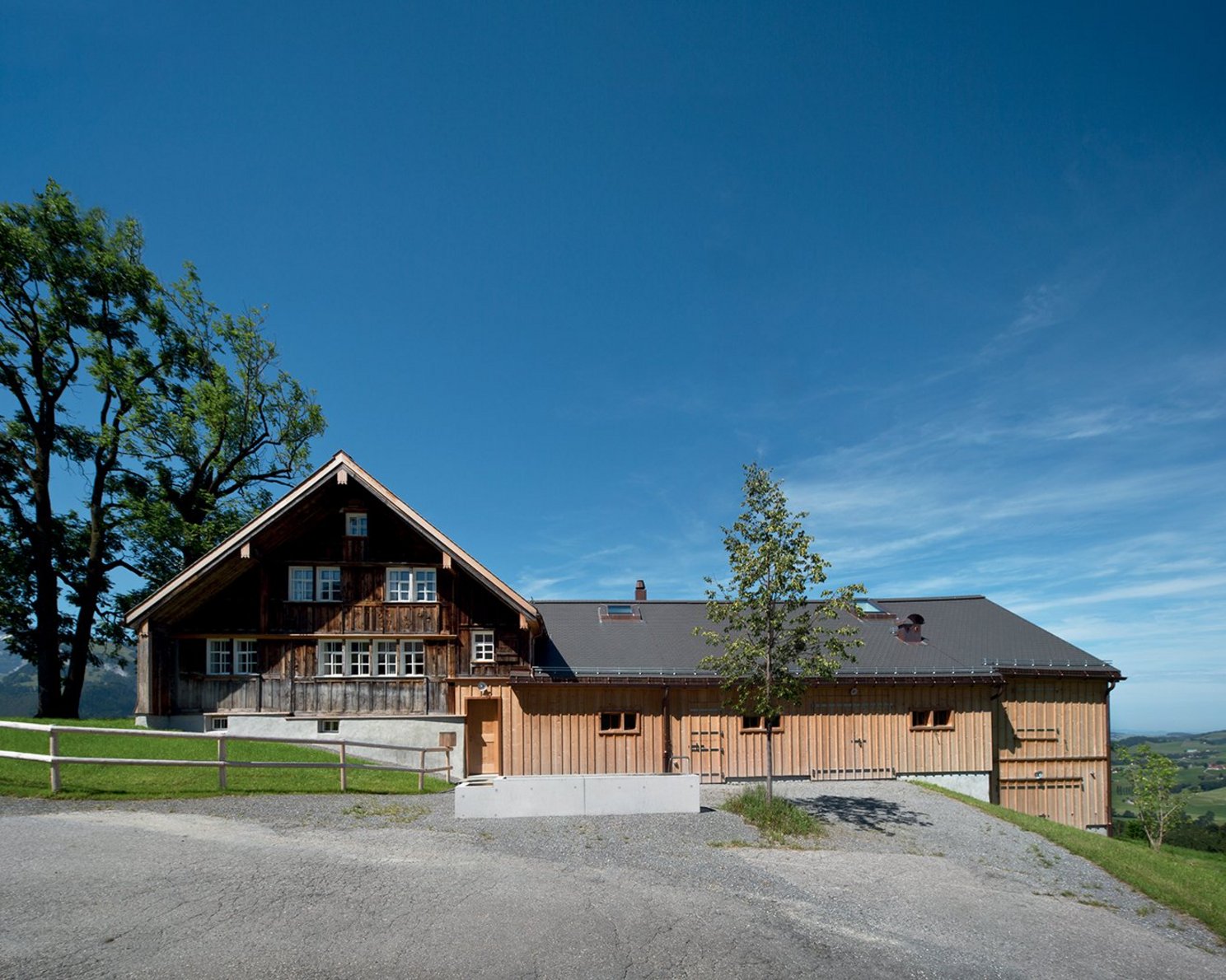 The former "Äugst" farmhouse built in 1685 is located on the western slope of the Fänerenspitz. With its gable-fronted residence and the attached lengthwise oriented stall barn, it presents an example of the characteristic type of the cross-ridge building typical for Appenzellerland. Because of the legal construction circumstances, it was possible to extend the residential part by the additional surface area available in the stall barn. The two former cowsheds of the farm, whose hipped hayloft was built as an historic wooden-support block construction, form the structural framework for the new, precisely fitted and black-bitumen wooden installations.

Carefully located windows in the new construction section open unto an exciting view into the old stall and the other way around. On the ground floor of both new residential areas, two large west-oriented windows provide the necessary lighting for the new living areas while enabling a unique view of Appenzellerland at the same time. The already existing structure of a cement septic tank towering above the ground was fitted with a grate of massive, conically cut larch wood boards and now serves as an extended terrace and viewing platform neighbouring the living rooms.

With regard to the exterior appearance, the most important element was the retaining of the eastern façade of the residential building with its stemmed panelling and sliding drop shutters from the end of the 19th century as well as the replacement of the plastic windows from the 1990s with wooden frame windows replicating the historic pattern. The other façades were covered appropriately with traditional Appenzell craftsmanship using spruce shielding boards and shingles, and protection for the weather-side windows with sliding drop shutters along with two massive sliding doors for protection against precipitation and the typical local föhn storms.