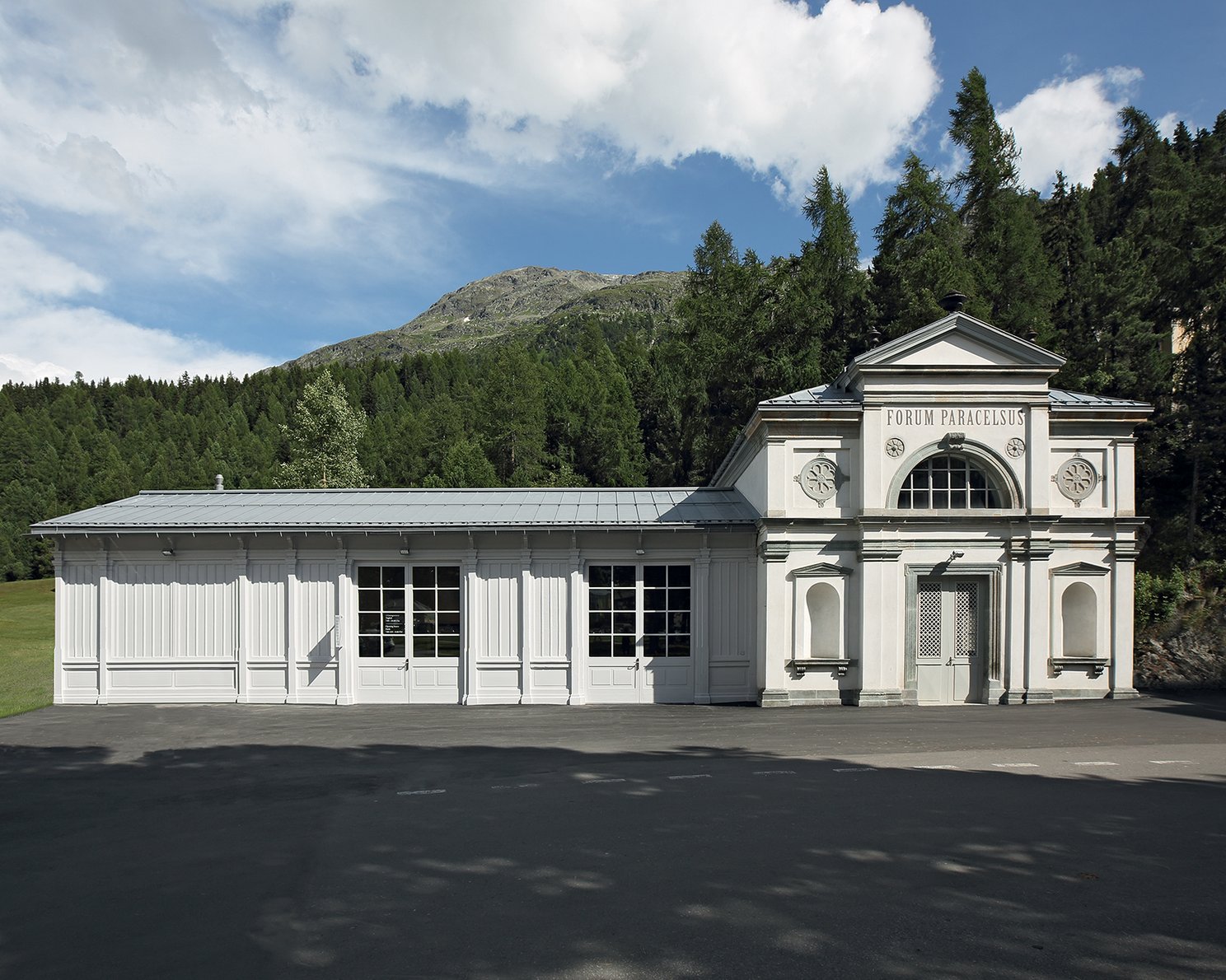 The Paracelsus building in St. Moritz was built in 1866. For many years it was used as a "pump room" and was connected to the old Kurhaus and spa baths through a lobby. Over time, when the Parcelsus source dried up, the building was no longer used as a pump room and the building fell into disrepair. The political community of St. Moritz considered it their duty to preserve and restore this last testimony to the high-culture of healing baths.

The existing building has been extended sideways in keeping with its historical basis, and a new main nukleus made of exposed concrete was erected in the existing enclosed courtyard. Visitors can come here to drink the water from the Mauritius spring and find out about the history of the St. Moritz spa tradition on a backlit glass information board and listening posts. The nucleus and the drinking fountain are made from earthy red coloured exposed concrete. A large window in the room with fountain looks out onto the Mauritius spring, which was excavated in 1907. According to dendrochronological investigations, the spring dates back to 1411 BC and represents one of the most valuable assets in Upper Engadine`s cultural heritage.

During the restoration work, the main focus was to preserve the history of the building. The restoration was carried out in close collaboration with the cantonal department for monument preservation and a team of restorers. The work carried out was done as noninvasively as possible and, where it was absolutely necessary, as inconspicuously as possible. Historical elements were left in position and not replaced, to preserve the sings of age. The sense of how it would have actually been back in its heyday can still be experienced and will also remain very much alive for future generations.