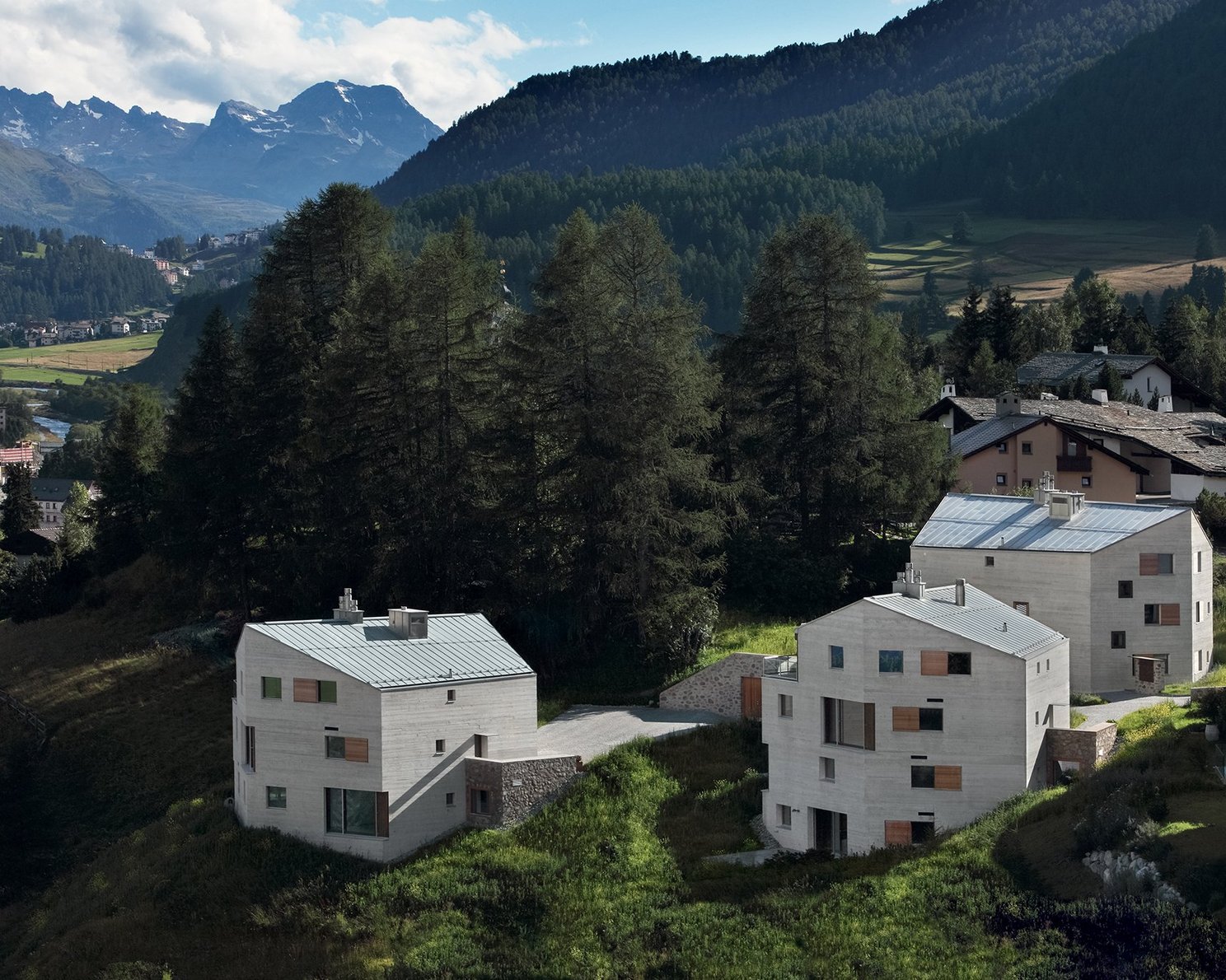 This project in Samedan was a very challenging issue, because it's environment is very disperse. The site itself, partially surrounded by a small forest, is a hilly meadow with an open view to the valley and to the mountains. At the back of the development up the hill, there is the typical spread of imitative alpine architecture. There was the possibility of placing three cubes in a way, that a strong ensemble emerges.

The result is a clear distinction between the new development and the existing buildings. The three cubes appear like rocks in the landscape. Walking in between these three houses, one would never assume, that there are twelve large flats assembled. Every appartment focuses on a specific view, without beeing disturbed by the other volumes. The cars are concentrated in a huge garage space, with a specific architectural quality.

The materials used are whitish concrete for the facade, which changes its colour according to the weather and the season, bronze and larchwood for the windows, doors and shutters. The casing of the concrete is done with raw larchwood boards; the same boards are used for the shutters, leading to a fascinating interaction of real wood and "cast" wood.