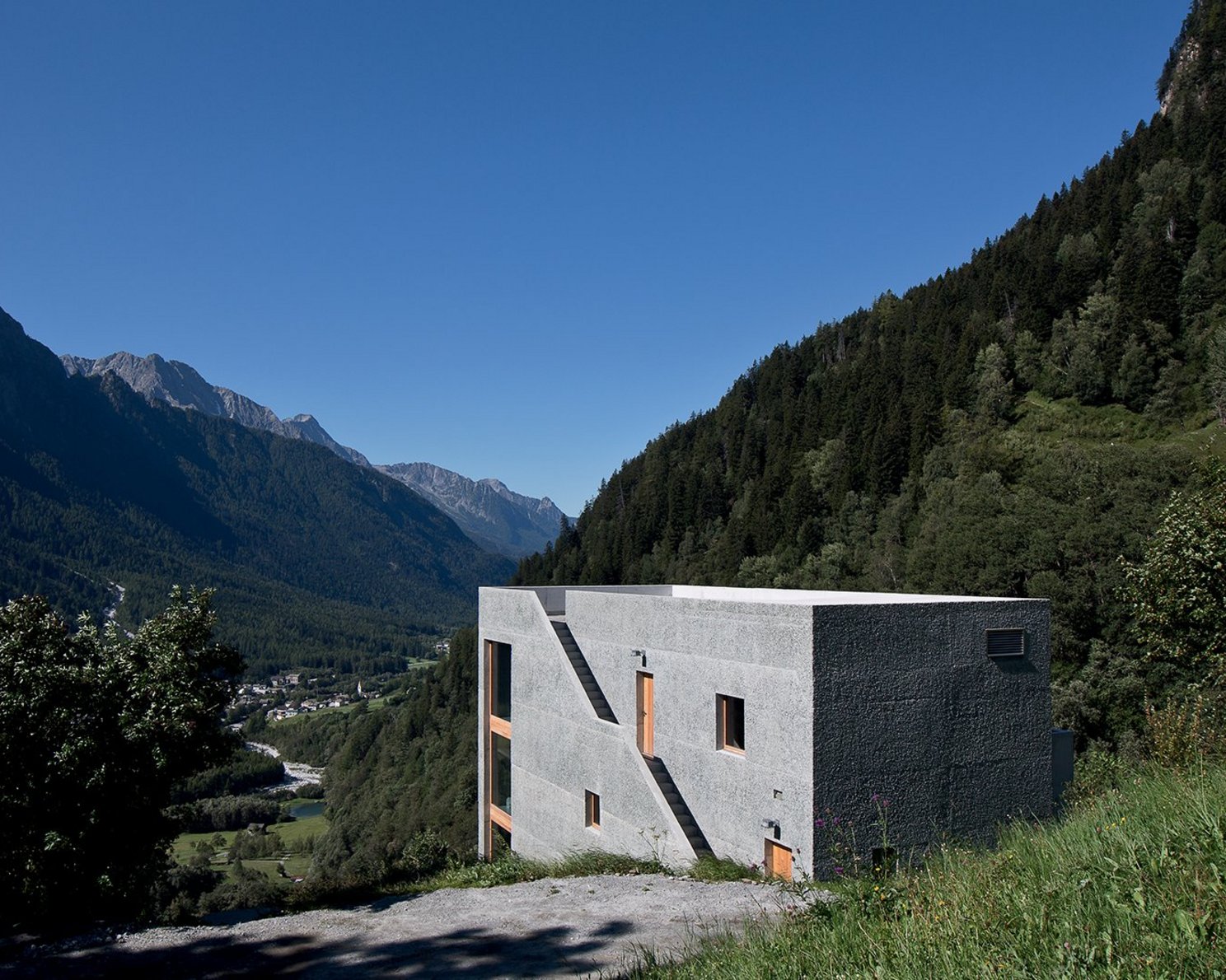 The house is located high up on the sunny side of the Bergell valley in the canton of the Grisons. The new rectangular volume, which sticks out of the slope is marking the end of an existing tiny village. From the bottom of the valley, it appears as a slim tower popping out of the territory but towards the village it matches the proportions of the existing, rather small, rural buildings.

The outside walls are made of concrete with ingredients of crushed stones from the excavation. These became visible after the fresh concrete parts have been washed with high pressure. The house appears as a giant rock. The most significant part of the project is an outside stair leading up to the flat roof. This almost meditative rooftop is a key issue of the project. It has been clearly shaped out and its surface is covered by huge stone plates. There is a spectacular view to the surrounding steep mountains, to the village on the bottom of the valley and to the meadows and forests of the immediate environment. Below the significant outside stair, there is a cascade-like inside stair, leading all the way down to the lower storeys.

The windows are extremely concentrated, but always framing the most spectacular views. What the interior is concerned, the walls are also made of concrete. The formwork was made of long and wide wooden boards, carefully joined in a precise manner. Their width of 27cm determines the whole geometry of the house and the walls are looking like a carpenters work. The doors are constructed out of massive wooden boards of the same width. They have no frames and are directly inserted into the concrete walls, so they seem to be part of the walls.