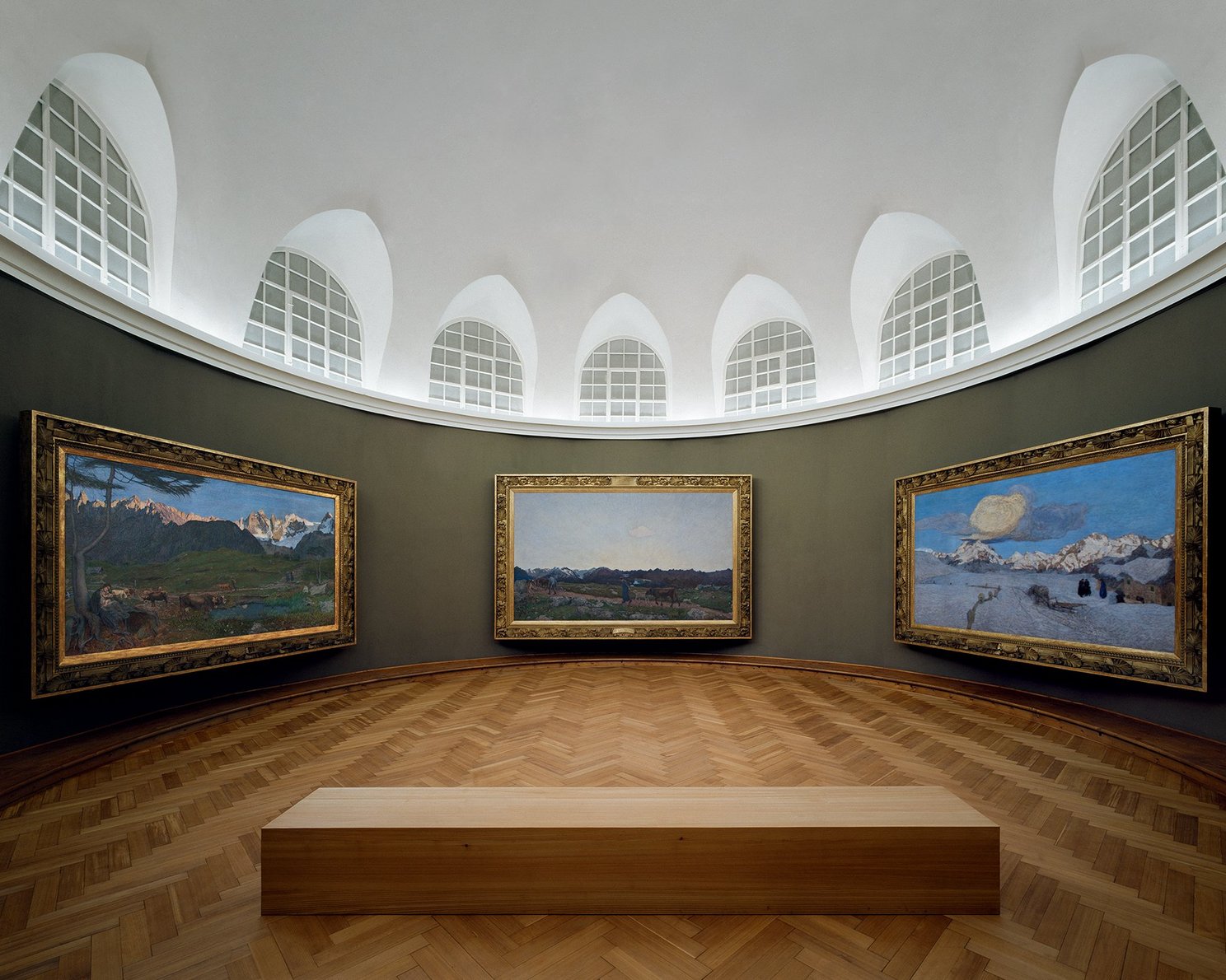 The Segantini Museum was built in 1908 by the architect Nicolaus Hartmann as a memorial to the Alpine painter Giovanni Segantini: it is a monolithic domed building that reflects an impressive unity of material and is strikingly unadorned. From the beginning, the purpose of this enclosure was to present the paintings La Vita (Life) and La Morte (Death) in the domed hall in an incomparable atmosphere, and to document Segantini’s life in photos, drawings, and engravings in the socalled copper engraving cabinet.

At the time, the building was probably conclusively dimensioned to this content. Only in a dream would anyone have thought that the largest picture of the Alpine Triptych, La Natura (Nature), could also be acquired, thus making it possible to present the three-part cycle in its entirety. After several interventions meant to improve the building physics and technical services – all of which proved detrimental to the indoor climate – in 1981, an addition was placed around the building, like a garland.

The addition of a new outside access door on the level of this new exhibition floor threw the indoor climate into complete imbalance. This concern led to a referendum in 1997, and to the project realized in 1999. A wheelchair-accessible passenger elevator was added in a new spatial segment appended radially to the core building. This elevator is accessed via an underground passage from a secondary entrance at street level. Once at the level of the exhibition floor, a stairlift leads to the domed hall. The exhibition space that had been added in 1981was given a continuous skylight band, through which daylight is directed to the rear wall against the mountainside.