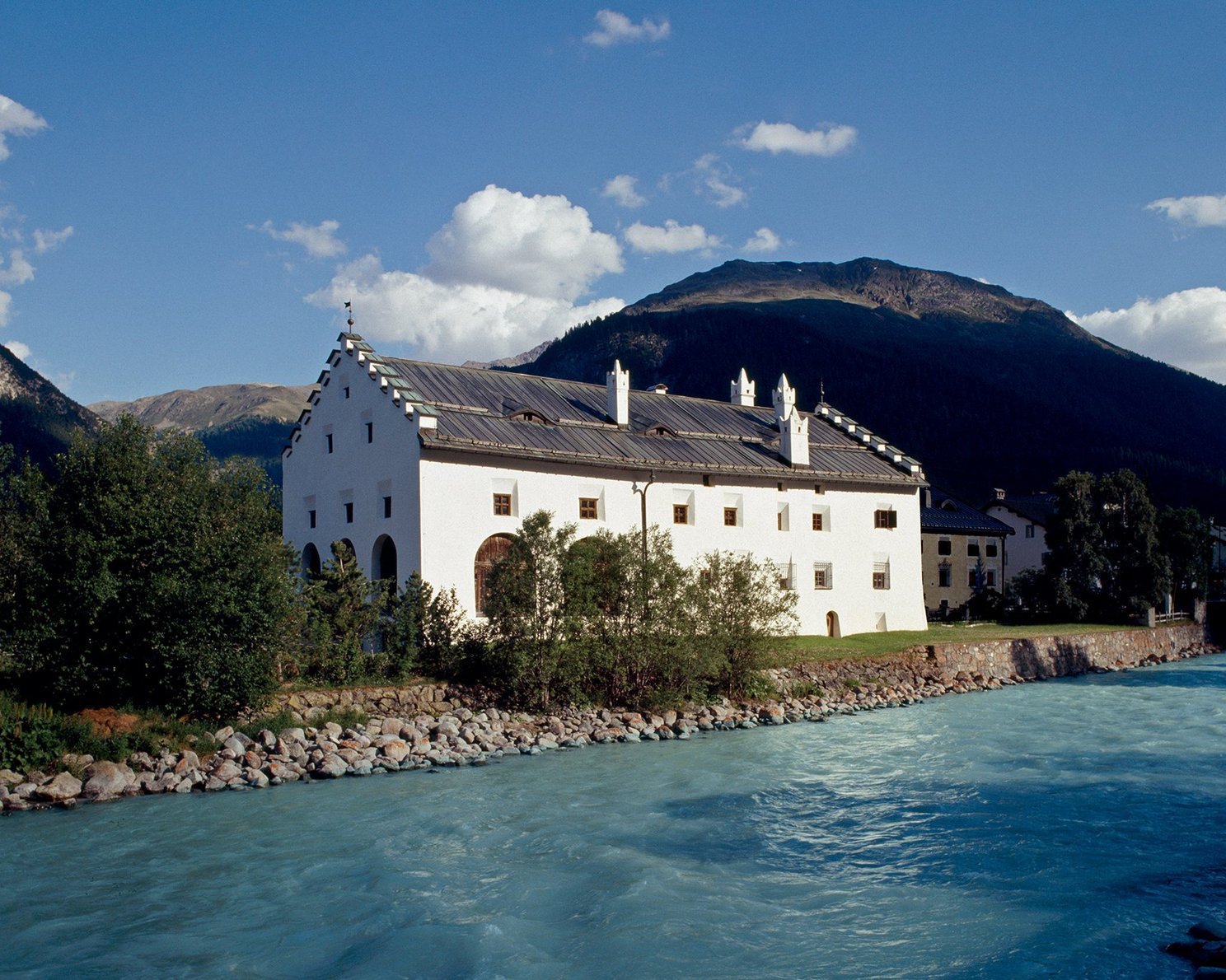 The Albertini family held a dominant position in La Punt during the 17th and 18th centuries. They had several residential houses built for them. Chesa Merleda, built on open ground for Captain Ulrich Albertini, is one of the most prominent burgher’s houses in Grisons. The building is impressive simply due to its size, its uniform design, and its slightly isolated location. The stable front, with its rounded arches and the pediment decorated with battlements, has a prestigious look that is at least as impressive as the residential part, which faces the central crossroads in the village. In the interior, rustic and patrician elements are combined to create an antagonistic relationship.

In 1999, we converted the house into homes for two families. The facades remained unchanged, and in the interior we inserted a few rooms and elements using a contemporary formal idiom, keeping them separate from the old walls and floors using gaps. These new shells for the rooms contain bathrooms, a lift, and stairs – functions that would otherwise have required serious alterations in the residential part of the property. Cables were laid in the gaps that had been created. Separating the spatially and technically new elements out into independent areas enabled us to protect the older substance. In addition, old and new encounter each other in interesting ways – such as at transitional points, or where old walls and partitions are visible through the new shell.