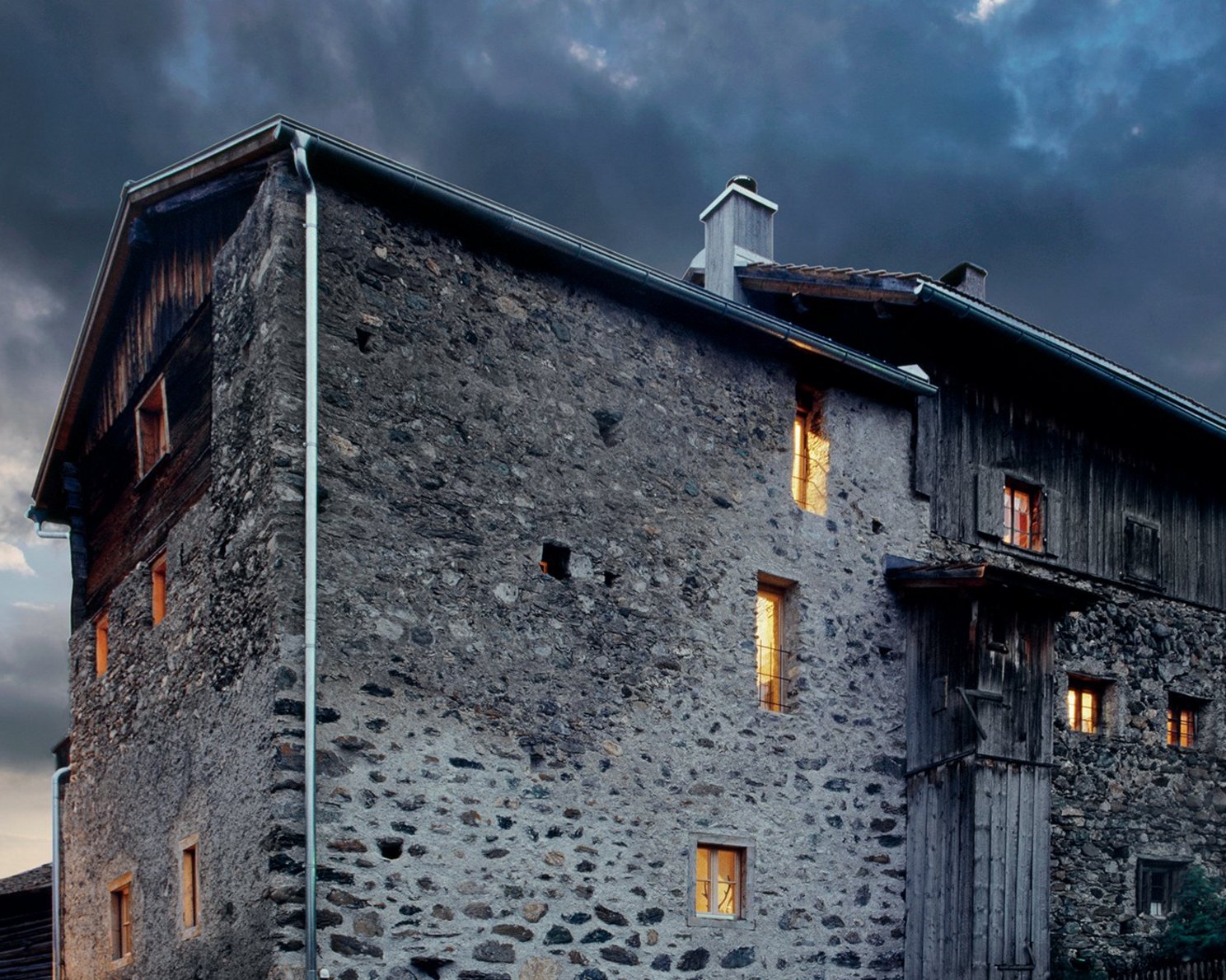 Tuor Sumvei is the lower and older of two adjoining residential towers dating from the 14th century. Placed transverse to the descending slope of the hill, these two towers, along with a third, form an impressive complex of buildings. The building’s two lower, stonework stories date from the period around 1389, according to the dendrochronological study. In 1551–52, a two-story box-joint structure with parlor and bedchamber was incorporated into the medieval stonework of Tuor Sumvei.

After we had removed the more recent fittings, the two-story box-joint construction was fully revealed – like a house within the house, bringing out the tangible opposition between its heavy, stonework part and the box-joint structure separated from it. This antagonistic contrast now creates the atmosphere of the house. A simple room with a fireplace was created on the first floor. On the second floor, the old parlor regained its original shape and mood through careful restoration. A new, ladder-like staircase now leads up to the bedrooms. Finally, a narrow bridge from the bedchamber crosses the gap between the box-joint construction and the exterior wall to lead into the new bathroom.