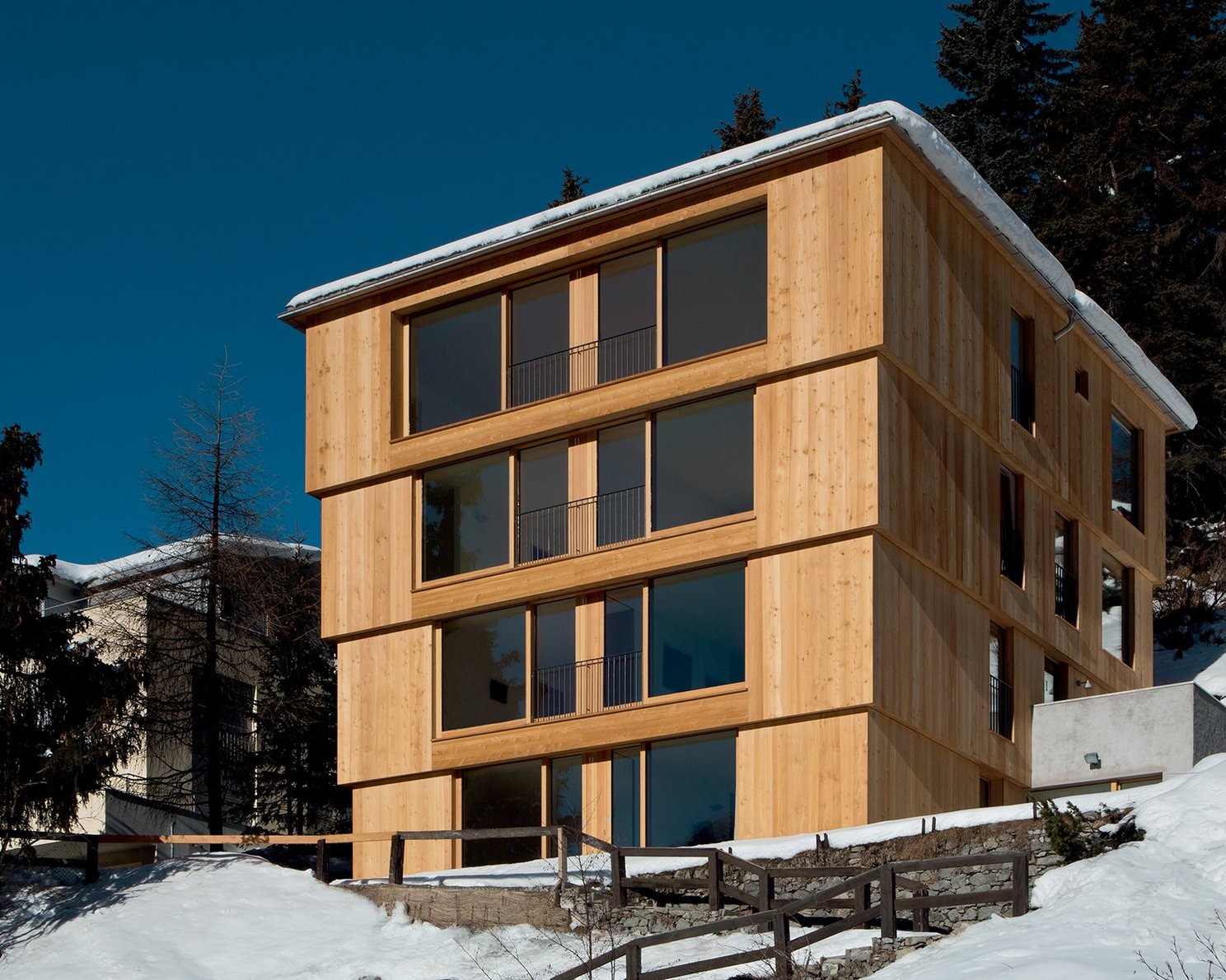 The Chesa Campanile is located in the landslide area of “Brattas-Fullun” in St. Moritz. The leaning tower, the most striking testimony of the landslides that plague the region, can be found in the immediate vicinity. The previous building from the 1960s, which was in great need of restoration, showed considerable potential for future expansion and use. It was therefore decided to dismantle the building down to the basement and rear slope protection that was still intact, and to erect a new building that complied with modern day spatial, energy and technical requirements.

Its potential for expansion made it possible to construct a whole other floor in addition to what existed in the original building. In order to balance out the necessary dimensions and extra weight, it was evident that the facade had to be a lightweight construction. The building envelope consists of large prefabricated, wood elements, which were assembled over a period of two weeks. The particular challenge facing the wooden construction planning in the implementation of the design idea was having to stagger the individual floors outwards.

A concrete skeleton consisting of the core shaft, cross-shaped arrangement of the main bearing walls and floor slabs with steel columns in the corners define the supporting structure and connect the new part with the existing building. Wide, roughly sawn larch boards were used for the facade cladding. They were assembled using the tongue and groove method. The larch comes from the Lower Engadine. All of the trees were felled in accordance with the moon phases and so the wood has excellent properties with regard to shrinkage and swelling. Thanks to the outwardly staggered individual floors, the facade benefits from additional weather protection in addition to the canopy.

The larch from the same felling was also used for the interior design. A wood pellet fuelled heating system was installed in the building.