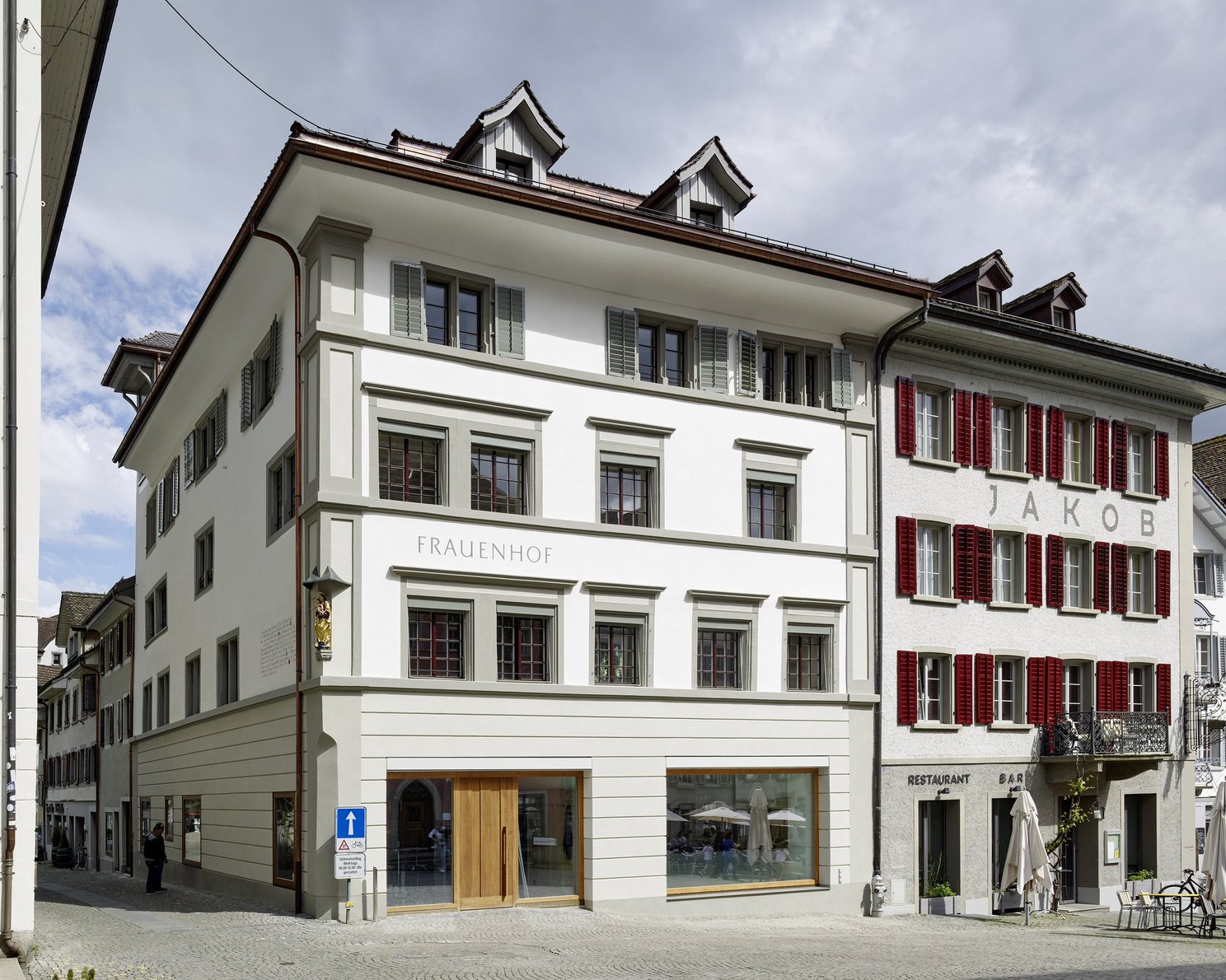 Although old chronicles place its origin around the year 1500, current historical building analysis suggests that the Frauenhof is based on a total of four farmsteads dating from the Middle Ages. Owing to the eventful history of the town and the impact of varying building styles, the house underwent repeated structural changes over the past centuries until it finally presented itself in its current appearance. Following the change in ownership in 2013, a diligent plan was produced to make the ground floor suitable for gastronomy and thoroughly refurbish the residential floors and facades.

The restored rococo stucco ceilings from around 1750 and the refurbished and partially supplemented late-Gothic coffered ceilings with their special flat plane carvings from around 1500 are among the oldest and most valuable in the town of Rapperswil. Designed as a monolith, the stairway core is sealed with anthracite lime plaster that calls to mind Tadelakt plaster surfaces. In places where the original floors could not be restored, massive oak boards were installed in the apartments, while a special sanded hard concrete screed was used in the public areas on the ground floor and the underground floors.

In the pub the oak floor boards were treated with dark oil, forming an effective contrast to the lighter wall panelling and the bench. The bar and chairs are all in black, visually merging into the background against the oak. Glass lamps specifically designed for the project and hand-blown in Murano combined with light bands running around the edge of the entire ceiling provide the perfect light ambience at any time of the day.