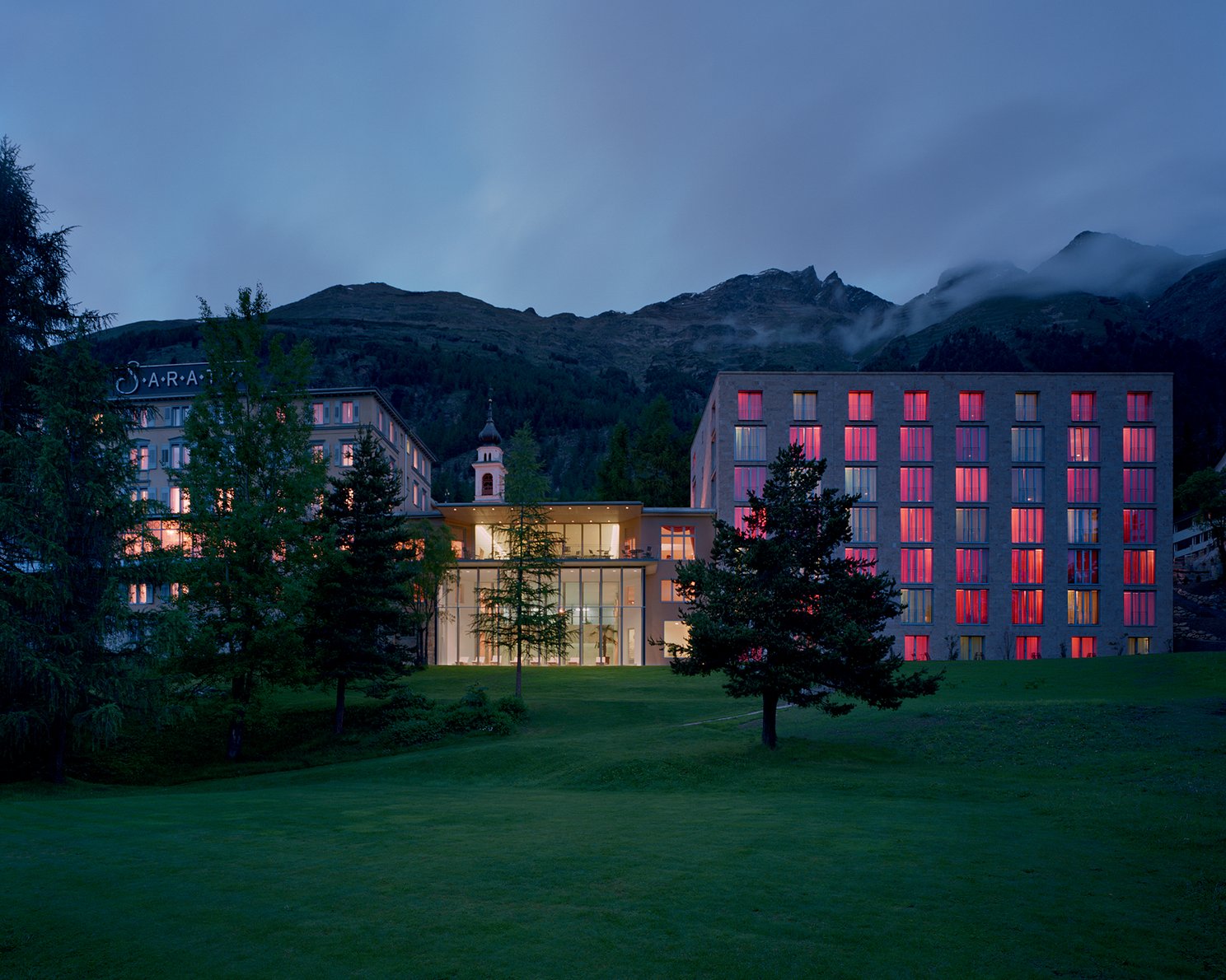 Saratz Hotel has been developped away from the village street and further down the slope to where it is now surrounded by 30,000 square metres of parkland, in several stages. The newly added accommodation wing, constructed in calcareous tuff, is linked to the main part of the hotel by means of a low-rise element, containing the new main entrance and a swimming pool. It creates the final element in the row of imposing Pontresina hotel buildings.

So, another chapter has been added to the story and an exciting connection created between old and new. The varying rooms in the existing old building were retained and renovated within a reasonable financial framework, and alterations to the layout were kept to a bare minimum.