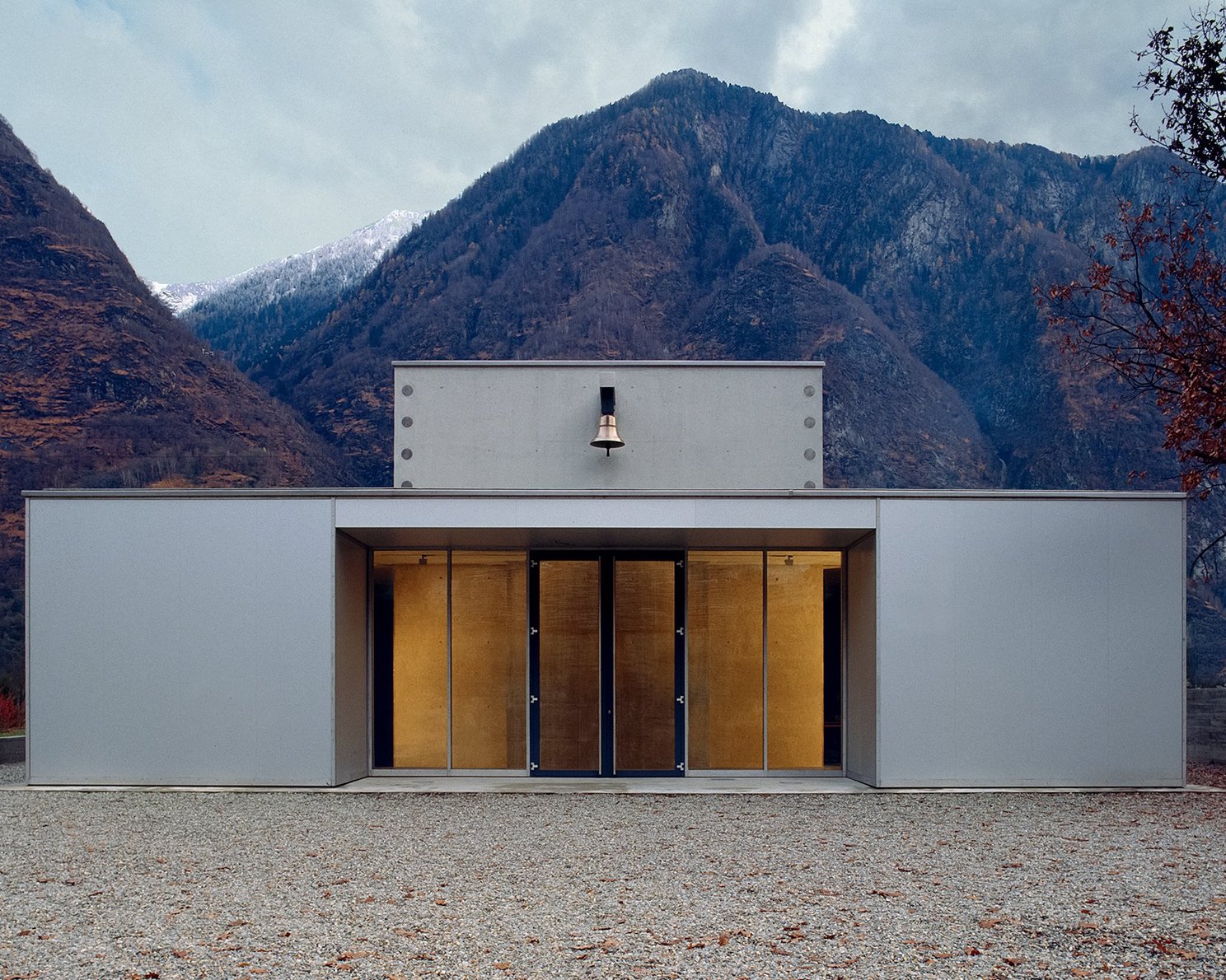 Surrounded by a built fabric of scattered and heterogeneous elements, the new facility as a whole is set on a level plane and exudes both independence and implicitness. Through the deliberate separation of church and rectory, a Triad, adopting the scale of the surrounding buildings, was created together with the existing traditional rustic building that is also in the possession of the parish.

The church is dominated by a hollowed-out central cubic core that measures 7 × 7 × 7 meters and contains the sanctuary within. The 45-centimeter-thick, single-wythe walls have been cast in place using cellular concrete. The monolithic sacral core is surrounded by a lower, profane spatial layer.

The core is recognizable from the outside through the spaces of the ambulatory. The profane, outward-facing spatial layer thus acts as a filter between the outside world and the place of retreat.